On Wednesday, Dec. 16, 2020, Arney J. Wick, 86, applied a final wax to his skis, and heeded the lifty’s call for “last chair.” Arney passed away peacefully at his home in Post Falls, Idaho, with his wife loyally supporting his transition.

Following a route between Seattle and Chicago, two traveling musicians, Anne (Magera) and Arnold Y. J. Holmvick gave life to the headstrong Arney John, on Aug. 15, 1934, in Minneapolis, Minn. A year later, after landing in Glasgow, Mont., the sudden passing of Arney’s father drove the winds which would ultimately shape his young life. These winds transplanted him to and from various locations across the Inland Northwest until well after his 1952 high school graduation from Hot Springs, Mont.

The following two years were spent dabbling in various occupations, until he ultimately took a job at the Star Mine in Gem, Idaho, in 1954, which began his 50-year residency in the Silver Valley.

After nearly 20 years at the Star Mine, Arney purchased Valley Building Center in 1977, and quickly became recognized as the area's “flower and garden master.” His yard was nothing short of immaculate, and every spring when the new buds would emerge from the earth, the community would arrive en masse to get the best flowers around, and seek any gardening advice Arney was willing to dispense. Caring for his employees and customers was extremely important to him, and he always said, “If you take care of your employees, they’ll take care of you.” Throughout his professional career, another source of immense personal gratification was building homes; when he finished with his final home, the count came to 21.

In 1954, Arney met Sharon “Miki” Reel; they were married in October 1955. Together they had two sons, Arney Ray and Dennis. Over the next several decades, he developed a passion for new vehicles and boats, while also enjoying time spent with his boys, racing snowmobiles and dirt bikes. In addition to these pursuits, he found golf in 1966 and skiing in 1985, and these two would remain his passions for the rest of this life. Arney had kept a yearly tally of how many days he spent on the ski hill, with the winter of '96-'97 being his highest recorded year at 88 days.

In 1989, he would be introduced to his final love, Sharon A. Schulz. Arney often recalled the moment he arrived to take Sharon on their first date. Upon knocking at the door, a 9-year-old girl named Heather answered. “It was at that moment I knew this was a package deal. It was both a blessing and an enlightening experience.” Arney and Sharon would later marry at their home in Kingston, Idaho, spending the next 30 years together.

Arney witnessed many major world events in his lifetime: Pearl Harbor, World War II, the Great Depression, recessions, major economic changes, the eruption of Mount St. Helens, his children's marriages, and many other “firsts" that he personally recorded, and that held importance within his memoirs. Yet, as he approached his last days, he often commented on the realization he had grasped about the importance of family. For those that were closest to him, there’s no denying that Arney could be humorously and, occasionally, infuriatingly stubborn. Yet, the legacy he leaves is a reputation for being driven, dedicated, intelligent and a hard worker, while also always having a way of making people laugh, by implementing what would become known by friends and family as “Arney-isms.”

Arney is preceded in death by his mother, father, stepfather and his brother, Brian Christie.

There will be a celebration of life this summer, when the garden is in full bloom, the grass is green, and the blessing that Arney was to us all can appropriately be celebrated, honored and remembered. 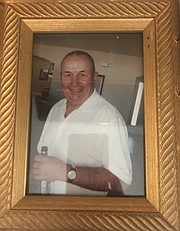