One Semester down, but how many more to go?

When Idaho Gov. Brad Little publicly announced his desire to see students back in school buildings in July of last year, school districts across the state really got to work setting their plans for reopening and then getting them approved through their respective school boards.

No one knows for sure just how long this pandemic is going to last, but educators and administrators from the Wallace, Mullan and Kellogg school districts are prepared.

All three of these districts are so uniquely different due to the number of students, which really gives area residents the ability to see just how difficult adjusting was.

Schools took several different approaches to their plans, including things like hybrid classes with in-person and remote learning, some schools in the state remained strictly remote, while others were able to resume full time.

In Mullan, the Silver Valley’s smallest district, school began very normally with just a few minor changes including a full-time schedule, largely due to the smaller size of their enrollment.

MSD Superintendent Les Wells was pleased with their ability to be open full time and believed it to be a positive overall experience for his students’ mental and social well-being.

However, there were a few pitfalls here and there, but the district was able to navigate them gracefully.

“Here in Mullan, we made the conscious choice to open our doors full time this fall if we were permitted,” Wells said. “It came with some hiccups. Some staff and students had to quarantine during this time but we made it through the first semester.”

Just a few miles away in Wallace, the administration at the Wallace School District began their planning for the 2020/21 school year almost immediately after their 2020 graduation ceremony and that collaborative effort really set the tone for the WSD being able to open their doors at the beginning of this school year.

Maintaining an open discussion between the district’s administration and their patrons has been one of the vital keys to their success.

“A key point to our overall success has been the ability to be flexible and active in our daily operational plan,” said WSD Superintendent Todd Howard. “Conditions change minute by minute and adapting to those changes continues to be key. Educational barriers and hurdles in an education system have been magnified over the past (four and a half) months. Addressing those barriers and hurdles has strengthened the relationships and partnerships with parents in our community.”

The Kellogg School District is the largest of the three and with five buildings in operation (in varying capacities) they have probably had to adjust and then readjust more than their neighbors to the east.

Superintendent Dr. Nancy Larsen orchestrated a massive three-day committee where members heard presentations from medical professionals, and were then broken into small groups to tackle individual aspects of the district’s operations, as well as coordinating with the other groups where it was needed to create their back to school framework.

From that framework, administrations, staff and students have all had to adjust as the school began in a hybrid form, attempted a week of full-time in-person learning, and then quickly got moved into full remote learning just before the holiday break.

They have since gone back to the hybrid style that they began with, but it has been a rollercoaster of a first semester for the KSD.

“Our leadership team and staff have worked in many different ways to make this unusual year work,” Dr. Larsen said. “When we first heard about 6 feet distancing, we thought it was impossible; however, we found a way to make it work. That seems to be the pattern. With unusual circumstances, we found a way to make them work. No one really thinks it's perfect, but it is the best we can do given all our constraints.”

With everything taken into account, the schools seem to be on track to finish their years as planned and not without some successes along the way.

All three districts have been astounded by the adaptability of their staff and students, which has made the fluctuation in learning styles a slightly easier pill to swallow.

At the elementary level, the question surrounding the idea of younger students being able to adapt to safety measures like social distancing and mask wearing, but they have taken it all in stride.

“We worried about the small kids and getting them to wear masks,” said Pinehurst Elementary School Principal Mike Groves. “They took it right in stride. We look forward to the day we don't have to wear masks, but until then we're doing what's right for kids and that's business as close to usual as we can make it.”

The limited classroom time and access to teachers is concerning, especially to Howard and Wells who mentioned how these gaps in education will undoubtedly show their face at some point in the future.

“With limited exposure to content due to weekly schedules, quarantine time, or illness there will be learning gaps in every subject area,” Howard said. “Progressing forward through the 20-21 school year and future years will take special planning and steps to address those gaps.”

“We will not see the long-term effects of the pandemic for a few years,” Wells said. “However, the pandemic has forced the students and staff to take different approaches to learning and teaching. For the most part, students have had to become more independent learners and teachers had discovered new ways to present material.”

The trio of administrators has been resolute in their beliefs that students, staff and families will come out of this situation stronger.

They are thankful for their staff — for the sacrifices that they have made for the betterment of their students and the districts that they serve.

“Our successes lie in the flexibility and dedication of our staff,” Dr. Larsen said. “They've been asked to grow in many ways and they've met this challenge. It's the same with our students. More has been required of them than ever before. It is their resilience which has been strengthened and will make them stronger to face adversity in the future.” 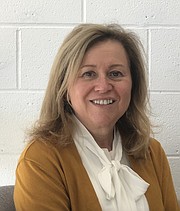 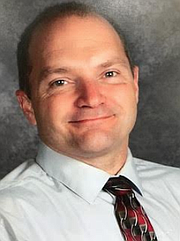