Gary was united in marriage to Gloria Koole on Dec. 4, 1976, at the Our Savior Lutheran Church in Pinehurst, Idaho.

Gary worked in the grocery business most of his adult life; first working side by side with his parents at the Wayside Market in Smelterville, Idaho. He worked the grocery side of the business first, but later learned the trade of being a meat cutter, which he really enjoyed. Gary purchased the store from his father in 1991 and then sold the store in July 2004. Gary continued working at the Wayside as a meat cutter for over a year; he then received a call from an employee at Stein's IGA in Kellogg in need of a meat cutter. Gary continued working for Stein's in Kellogg and Osburn until his retirement.

Gary loved and enjoyed crossword puzzles, reading — especially history and in his younger years he enjoyed fishing. He was an avid University of Idaho football fan, Gonzaga Bulldogs fan and a Seattle Seahawks fan.

Gary is survived by his beloved wife of nearly 46 years, Gloria Noyen of the family home of Kellogg; two step-children, Greg Frank (Stacy) of Rose Lake and Carlene Frank Vanderhoof of Rathdrum, Idaho; four grandchildren, Brice Frank of Twin Falls, Idaho, Hailey Frank of Pinehurst, Emily Vanderhoof of Rathdrum and Erica Counts of Texas; and two sisters, Janet Launhardt of Coeur d’Alene, Idaho, and Judy Reynolds (Randy) of Olympia, Wash. He is also survived by several nieces and nephews; and his beloved dog, Oscar. Gary was preceded in death by his parents, Bill and Hazel; and one brother, Jerry Noyen.

Private family services will be held.

The family suggests memorials may be made to the Shoshone Humane Society, P.O. Box 1005, Kellogg, ID 83837.

Shoshone Funeral Services & Crematory, Kellogg, is entrusted with services. You may share your special memories of Gary with his family at www.shoshonefuneralservice.com. 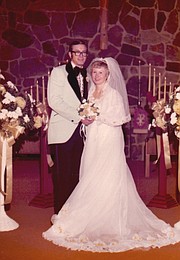