COEUR d’ALENE — Shoshone County (and even a little bit of Western Montana) will be well represented later this month at the 2021 North Idaho Athletic Hall of Fame High School Awards.

Kellogg High School’s Hailey Cheney, a junior standout for both the volleyball and basketball program was nominated for 3A-1A Volleyball Player of the Year, as well as the 3A-1A Female Athlete of the Year.

Finishing as the Intermountain League MVP, Cheney has been a part of three state tournament runs in her three years at KHS.

“Hailey is a humble, strong, but quiet leader,” said KHS Volleyball Coach Steph Batchelder. “She is a very well-rounded player and is very dedicated to her athletics and training.”

Trogden was nominated 3A-1A Football Player of the Year, as well as Male Athlete of the Year.

Along with his teammate Adam Ball, were honored as Idaho All-State players and as the co-MVPs of the Northstar League, they wreaked havoc upon every team who lined up across from them.

“A lot of eight-man schools have solid players who are talented, but Adam and Luke are the legs we stand on,” said Mullan High School Football Coach and school AD Stetson Spooner. “They are the total package. The size, the strength, the speed, the coachability, the buy-in and leadership, it’s all there with these two.”

Ball, who hails from St. Regis, Mont., and is part of the Tigers via the co-op between the St. Regis and Mullan High Schools was also nominated for 3A-1A Football Player of the Year.

MHS senior Riley Trogden was also nominated for Male Athlete of the Year.

Riley was a second team All-State selection in football and one of the pillars of the Tiger basketball team.

“Riley is just that kid that you want to coach,” Spooner said. “He is the one that shows up, works, and he is a great leader. He has such a competitive nature. He is so solid.”

Wrapping up the Mullan nominations is senior Talowa Fallingwater, who was nominated for the 3A-1A Female Basketball Player of the Year.

Fallingwater led the Tigers to their first state tournament berth in more than 30 years as the Northstar League MVP and led the team in almost every major statistical category.

“She has been such a blessing for our school,” Spooner said. “Talowa was so naturally tough and athletic and she works for days. She pushed it really hard for us and I really can’t say any more than she is just a blessing for us. She has carried a pretty heavy load for our girls’ programs. And her example has gotten some of the younger girls to come out and bolster our programs.”

The Silver Valley’s last, but certainly not least nominee is KHS senior Logan Jerome who was nominated for 3A-1A Basketball Player of the Year.

Jerome was a workhorse for the Wildcats and brought home the IML’s MVP award this past season leading a fairly green team to a winning record.

“There isn’t anyone I can think of more deserving of a nomination than Logan,” said Kellogg Head Coach Mike Martin. “He did everything for us on the floor this year, and also set a great example for everyone around him about how to get things done on the court and in the classroom.”

This year’s banquet will be held in-person at The Coeur d’Alene Resort on April 17, with doors opening at 5:30 p.m. and dinner starting at 6:30 p.m.

Tickets are $29.43 apiece and can only be purchased online at www.nihof.org and clicking on “Purchase Tickets” brown button in the lower left area. Athletes and coaches who are nominated for awards receive one free ticket but must confirm they are attending with their school's athletic director. Tickets will not be sold at the door.

The award honors a student-athlete who excelled in the classroom and as a teammate; has outstanding work ethic and integrity; displays sportsmanship and true character in all walks of life, and is an all-around good individual. Civic and community involvement is a plus.

All winners for the categories listed below, as well as the Hagadone High Character Award will be announced at the banquet.

Nominations for each category are reviewed by the North Idaho Athletic Hall of Fame committee, which selects the finalists and winners for each category below. Each finalist receives a certificate and the winners also receive a plaque. The athlete, coach and team of the year awards receive trophies.

Here are the finalists for each award: 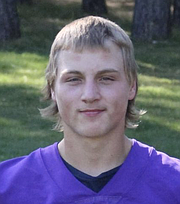 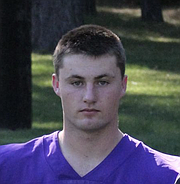 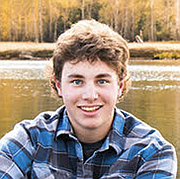 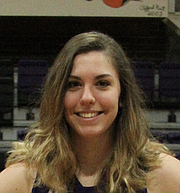 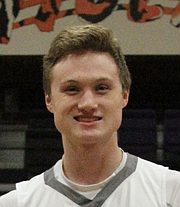 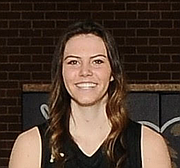